Muhammad Aladdin: ‘The Central Problem Was — And Is — Book Distribution’

BY MLYNXQUALEY on OCTOBER 23, 2013 • ( 1 )
Novelist Muhammad Aladdin — one Akhbar Al-Adab’s “Writers of the New Millennium” and of the Millions’“Six Egyptian Writers You Don’t Know But You Should,” and author of The Gospel According to Adam — answered a few questions about the relationship between the State and the Writer soon after one of the guiding lights of Egyptian literature, publisher Mohammed Hashem, announced that he intends to leave Egypt (although he has since said he hopes to stay): 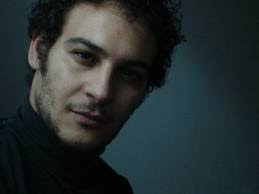 ArabLit: Why did you decide not to go to the Conference on Egyptian Culture that took place at the beginning of the month?
Muhammad Aladdin: That was the main question the polite Supreme Council staffer asked me. She was so nice as to call me twice, asking, “Is it because of the minister?”
“It’s because of nearly everything,” I replied.
I know we are dealing with the Old State, the same one we revolted against, and despite the sweet words, I think they will do nothing fundamental or different from before. They would use us as make-up for the same ugly face, using the good will of our great friends who fostered it and participated in it.
I had the honour of giving the young writers’ speech in the first Convention for the Egyptian Intellectuals, which was held in the journalists’ syndicate prior to Mursi’s ousting. Then, I could be flexible enough to accept the majority votes, which meant it had some of the same personalities from the old regime. But, in an official state conference, while the Old State is fully in power, I guess it wasn’t an option for me to participate. I did the same with the intellectual strike in the Ministry of Culture. I was there from day one, but I chose to limit my appearance there when I didn’t like the ideas being held there and, out of respect to my friends, I never spoke or wrote publicly about it till now.
AL: Why do you think the conference hall was barely half-full?
MA: I guess lots of people had the same stand. I know that a dear friend was offered to give a speech in the opening, but she refused to do so. Sahar Al Mougy gave the speech, and I really think she delivered a strong good message.
AL: Are there issues that the conference addressed well? What was missing or frustrating about this conference?
MA: From what I heard and read, I guess the best thing was our friends’ speeches, especially in the round tables, like the joint speech of three great artists and friends Magdy El Shafee, Alaa Abdel Hamid, and the great graffiti talent Ammar Abou Bakr.
Magdy was so kind to show it to me before reading it, and I think it was like Sahar’s; very assertive on our calls for a different path to represent what this revolution was about. Also, what’s good about the ideas of the conference is we must to use the cultural palaces and youth clubs.
On the other hand, you found a second part of the conference speaking about “regulation of censorship.” I think that’s enough in itself to show you what kind of a mentality the ministry is happy with, not to speak about the mandates the conference ended with, which were quite insignificant.
AL: What are the biggest problems facing Egyptian writers and publishers at this moment? To what extent can the Ministry of Culture apparatus help, and to what extent does it create more problems?

MA: I think the central problem was and is book distribution, and it is so lame that we haven’t solved this issue through the tens of years we’ve had book publishing here. The book in Egypt can be more like a secret manifesto kept in Cairo and Alexandria (not even in the whole two cities). In a nation of 90 million, it is quite impossible to say that only 1,000-5,000 people read; it is only because of a lack of distribution. If that’s there, then you can have a cheaper book, which is a great point. I think that’s a thing a government body would really help with if they had a will to do it.
First, they could establish an organisation for it, which could hold a certain amount of copies as it is pan-Egyptian, so it would lure publishers to increase their production numbers, thus having lower book price. Second, it could help by using cultural palaces as distribution points alongside with private and independent newspapers stands, coffee shops, restaurants, gas stations, metro stations, train stations, schools, using the Youth Clubs of the ministry of Youth as well, of which there are so many across Egypt. Third is to have a agreement about electronic distribution, as is happening on Amazon.com, and that includes downloading a secured PDF file of the book at 75% of its price (50% can really harm the print).

Also, I suggest having a related, decade-length project of choosing five new independent houses to foster every two years, funding 50 percent of its publications with 25 percent of first- or second-time writers, that also will encourage the publishing houses into increasing the amount of copies.
About the problems, I expressed in my speech my own personal wish to abolish the Ministry of Culture, a position that novelists like Ibrahim Abdul Meguid and a poets like Iman Mersal have advocated. I said before in one interview that ” The real problem with the Ministry of Culture is the idea that culture can enlighten the masses, because funding can be used to push their agenda or ideas.” And you can imagine what sort of reaction an idea like this gets in a military state.
AL: What should the priorities of the Ministry of Culture be — or the institutions that should take the place of the Ministry of Culture?
MA: Simply it is making culture there, in those places which aren’t even remote: to activate the role of the Cultural Palaces, which have a library and usually a good space for theatre and cinema screening; to support young new un-funded artists; to support and foster different cultures like Nubian and Bedouin, which are deeply neglected under a “National State.”
AL: What was important about Mohamed Hashem & his publishing house, Dar Merit, both for Egypt and for all Arabic readers?

It’s remarkable that it was founded in 1998, and in less than four years, it was held up as a notable publishing house, a major one with numerous titles — quite a lot of them were really remarkable and milestones in the last 10 years of literature in Egypt.

MA: I think Merit and Hashim did an excellent job of supporting new writers and new literature. It’s remarkable that it was founded in 1998, and in less than four years, it was held up as a notable publishing house, a major one with numerous titles — quite a lot of them were really remarkable and milestones in the last 10 years of literature in Egypt. You can mention titles like The Yacoubian Building, Being Abbas Al Abd, Black Magic, Mariam’s Maze, Thieves in Retirement, Aminah’s Stories, Law of Inheritance, Tranquility of the Murderers, and I may add The Gospel According to Adam. Merit’s books were dominant in an important prize like the Sawiris.
Moreover, Merit, with its unique cover-art style by Ahmad El Lappad, made a different kick for the Egyptian and Arab book. I think Merit shares these two elements with a great experience you find in Sharqiyat with its founder Hosny Sulieman. If Sharqiyat was rightfully the patronage for the 90s generation, I firmly believe that Merit is so for 2000s generation.
AL: What was your reaction to Mohammed Hashem announcing that he planned to leave Egypt?
MA: Well, nobody’s here is an angel. But on this human scale, Hashem is one of the most honourable guys I ever met in the Egyptian intelligentsia, and his commitment to his views about revolution is firm and solid. … It is such sad to hear about his intentions, speaking about how Merit — under his administration — was a home for the new literature and one vocal real point for 25 of January. But I guess Hashem knew that keeping his shirt white in a coal mine is impossible, moreever, he was always speaking to me about how “dealing with the state has it’s limits.”
I wish I could make him stay, but a great part of me knows that he is a human being, a father who has a family, and nobody would dare to ask anybody to do more than what he can. But his honesty, and his integrity, told him to choose voluntarily exile over staying and jeopardising this shirt turning to black.
I still wish that Hashim, my dear friend who I published with, revolted with, went on strike in the Ministry of Culture with, and trusted to support the right side, I wish that his decision was just made out of the great frustration of a great dreamer, and in a bit, he might reevaluate his stand, and continue doing what he’s always doing: fighting from his own home.
……………………….
You can see it on ArabLit here
Posted by Muhammad Aladdin at 12:24 AM 7 comments: